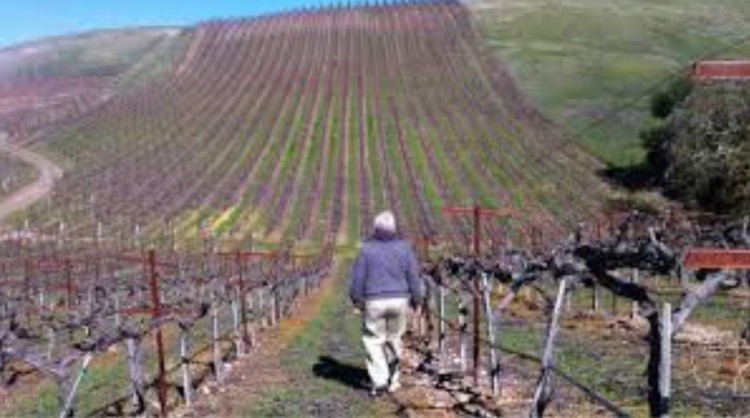 Posted by inbounddesign on April 6, 2016 | Featured 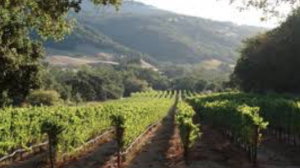 It takes a drive up a twisty, bumpy and narrow dirt road that can easily get flooded to reach his 45-acre vineyard, located on the hillsides off Calistoga Road. At most, a smattering of customers have stopped by to visit, by appointment only, since he started bottling in 1989.

The views are spectacular 1,700 feet above sea level. On a clear day a visitor can see San Francisco to the south and the Pacific Ocean to the west, amid the green hilly rows of cabernet sauvignon, malbec and other red grapes.

In the competitive wine marketplace, McCoy, 80, notes it is hard for his three small labels — Volante, Brookwood and Diamond Vista — to stand out despite winning some competitions. But he and his neighbors received a boost last week as their wine region, the Fountaingrove District, was officially recognized, making it the 17th appellation in Sonoma County. 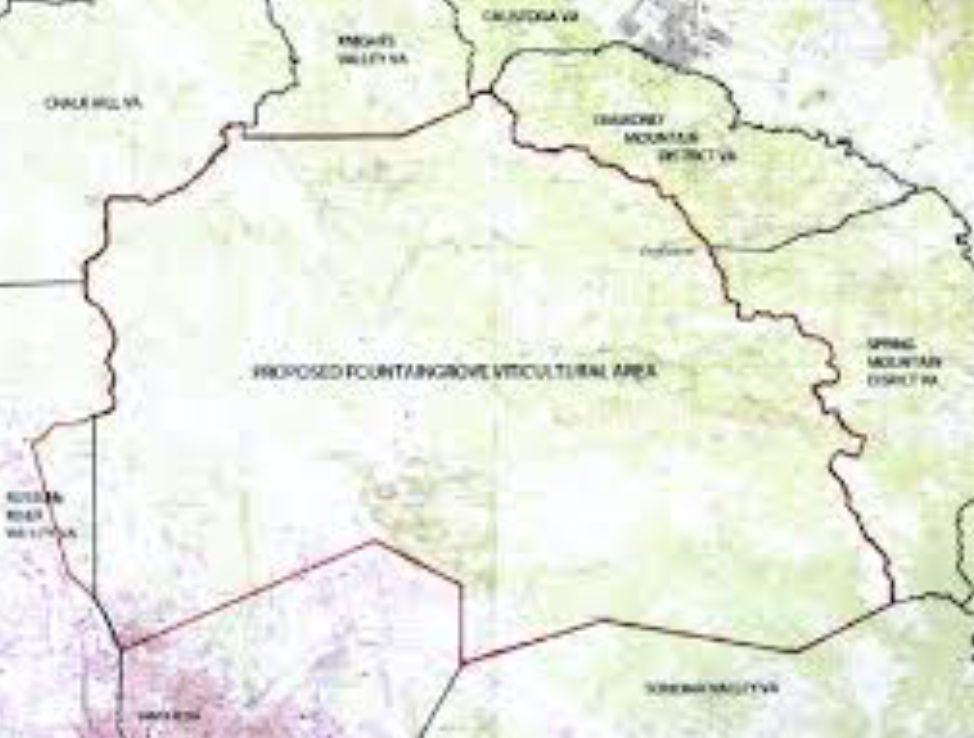 “I hate to say this, but I think you can definitely charge more. It will be an easier wine to sell on the Internet because Fountaingrove is a very good name,” McCoy said. “It’s a very prestigious name. People from New York City love Fountaingrove.”

The Treasury Department’s Alcohol and Tobacco Tax and Trade Bureau last week approved the new American Viticultural Area, or AVA. Overall, it encompasses 38,000 acres in a section of eastern Sonoma County that borders Napa County and isn’t covered by any other AVA.

In reality, the grape-growing region is comprised of 500 hillside acres that are owned by small growers. Home to five wineries and at least 35 vineyards, the new AVA is noted for its Bordeaux varietals such as cabernet sauvignon, merlot and cabernet franc as well as syrah and zinfandel.
The area is surrounded by Sonoma Valley and Bennett Valley to the south, Knights Valley and Chalk Hill to the north, and the Russian River Valley to the west.

The most remarkable feature of the new district is its elevation, up to more than 2,000 feet in some places, as well as a marine influence because of a gap in the Sonoma Mountains in Santa Rosa, resulting in a cooler climate than nearby areas.

“You’re always getting wind,” said McCoy, who bought the winery with his late wife after retiring from a career with Dow Chemical Co. “It never stops.”

The Fountaingrove appellation is the latest effort by growers seeking to differentiate themselves from rivals in other parts of California, home to 136 appellations and 90 percent of the wine produced in America.

On Monday, Petaluma area growers launched an initiative to have their vineyards recognized by the federal government, arguing their area, too, could be defined by its distinct combination of temperatures, soil and geography.

The Petaluma Gap would cover 200,000 acres in southern Sonoma County and northern Marin County, and would be essentially a sub-region of the massive Sonoma Coast AVA. The area has more than 80 vineyards and 4,000 acres of vines, mostly pinot noir, chardonnay and syrah. Growers decided to move forward on their petition after the bureau starting informing wineries last year to refrain from using “Petaluma Gap” on their labels, warning them that the appellation must be officially recognized before they could begin promoting it.

Proponents had to navigate a thicket of competing interests among growers in existing AVAs, especially wary growers in west Sonoma County. For example, the proponents made sure not go north into the Russian River Valley to land owned by the giant E&J Gallo Winery near Highway 101 on the Cotati Grade, said Paul Clary, former president of the Petaluma Gap Winegrowers Alliance. 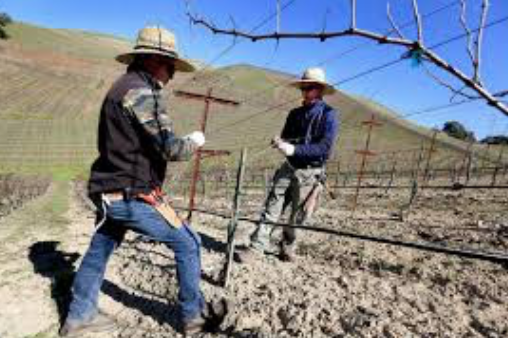 In 2011, Gallo successfully pushed for a southern extension for the Russian River Valley appellation against the wishes of some growers who argued that the new 350 acres outside Cotati had a different weather pattern and a later harvest. “We were careful to stay within the borders and not have any overlap,” said Clary, owner of Clary Ranch Wines. “We’re trying to get it through without opposition.”

Growers push for AVA designation because it can bring economic benefits in marketing the wine as well as the pride that comes from having their terroir designated by the federal government, said Steve Heimoff, director of wine communication and education at Jackson Family Wines.
“In general, the smaller the AVA, the more money you can charge for a bottle,” Heimoff said.

The drive for additional AVAs will probably not let up in Sonoma County. Heimoff has heard of possibilities for additional ones such as Annapolis, Freestone and Sebastopol Hills. But he added that recent efforts have tended to avoided the pitfalls of past contentious battles that accompanied the boundaries for the Russian River and Alexander valleys.

“They have learned the lessons from the past,” Heimoff said. “Some of these AVA battles have been very nasty.”

Besides its geography, soil and climate, the new Fountaingrove District also has a noted history in the county. The area is named after the late 19th century Fountain Grove Winery that was originally associated with the Utopian community, the Brotherhood of the New Life. It became one of the 10 largest wineries in the state under the leadership of Japanese native Kanaye Nagasawa, who became known in his homeland as the Grape King of California and to locals as Baron Nagasawa.

“His name is still unknown for most of the Japanese people, and only a few traces of his work remain in Sonoma now,” Andy Matsubara of Yokohama, Japan, wrote to the bureau. “I believe this new AVA will help his name to be known to more people, and also help Sonoma’s popularity for Japanese.”
Growers said they also are glad that their pocket of land will be finally recognized, as their district was one of the few places not covered as an AVA in the county.

“It’s the missing piece of Sonoma County winemaking,” said George Marek, whose Antonina’s Vineyard is in the new AVA.
McCoy noted the new designation will especially help the small growers that are scattered across the district. Most of the growers in the Fountaingrove District have small plots, compared to much bigger growers and wineries in the other AVAs, and lack the marketing arm of a Gallo or Jackson Family Wines. In fact, he held off on printing new labels for his past vintages to be able to use the new designation. He has five full-time workers on his vineyard and crushes at an outside winery.